Blackstone, the global private equity giant, made national headlines in October 2020 when it announced plans to open a new technology office in Downtown Miami that will be home to 200+ employees – bypassing an opportunity to expand its existing presence in New York City.

Blackstone becomes the latest in a list of tech and finance firms expanding or relocating to Miami in search of a diverse talent pool, lower taxes and operating costs by comparison with other major cities, 75-degree days in January, and limitless opportunities for growth.

The Miami Herald broke the news of Blackstone’s planned move last month, and the Miami Downtown Development Authority (DDA) – which is leading the charge to bring tech and finance firms to Miami – co-hosted a virtual panel with company principals this week. 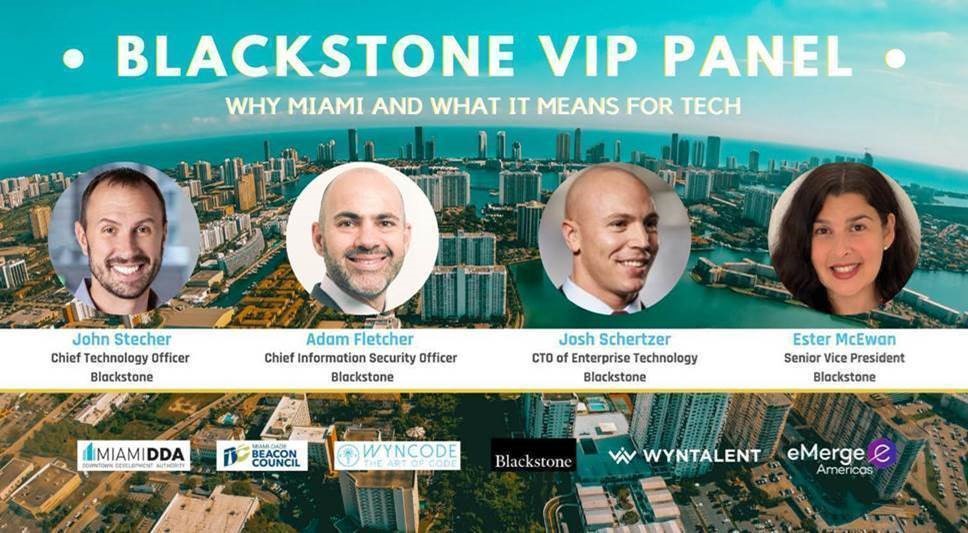 This fall, the Miami DDA launched a new campaign, “Follow the Sun,” which is offering up to $150,000 over three years to companies that relocate or expand into Downtown Miami and create high-wage jobs. Blackstone becomes the first firm to qualify for funding through the program.

Working with the Miami DDA’s marketing department, our team at SMS has developed an integrated PR, digital marketing and social media campaign designed to drive continued business migration to Miami by highlighting opportunities for growth and touting the advantages of living and working in South Florida.

As Miami DDA Board Member and Enterprise Committee Chair Philippe Houdard explained, “Blackstone coming to Miami makes a lot of sense, but it’s also validation for our city. The world’s biggest companies are always looking for an edge, and this sends a message to the world that Miami has the human capital needed to grow here.”

All indications are that the team from Blackstone agrees with that assessment. Four principals from the firm covered a range of topics during this week’s virtual event. Our digital team was on-hand live Tweeting the event, but here are excerpts from the discussion ICYMI:

Blackstone is wasting no time on the heels of its Miami announcement. The firm is already filling positions, with 18 jobs posted on the company’s website today.