The first two White House briefings conducted by Jen Psaki, press secretary for President Joe Biden, have already provided important lessons about communicating in a crisis. Her televised meetings with reporters immediately became a continuing education class for business leaders on how to communicate clearly and effectively with the media and the public during a crisis — or any other time.

Mike McCurry, who was a press secretary in the Clinton White House, said, “…she’s off to a great start. Her commitment to doing daily press briefings is important because they require the White House and the entire government, for that matter, to produce real answers and to be held accountable for the information provided.

He said Psaki, “…will have her tussles with the White House press corps, as she acknowledged. But we are seeing some positive developments in the always adversarial relationship between the press and the presidency.”… 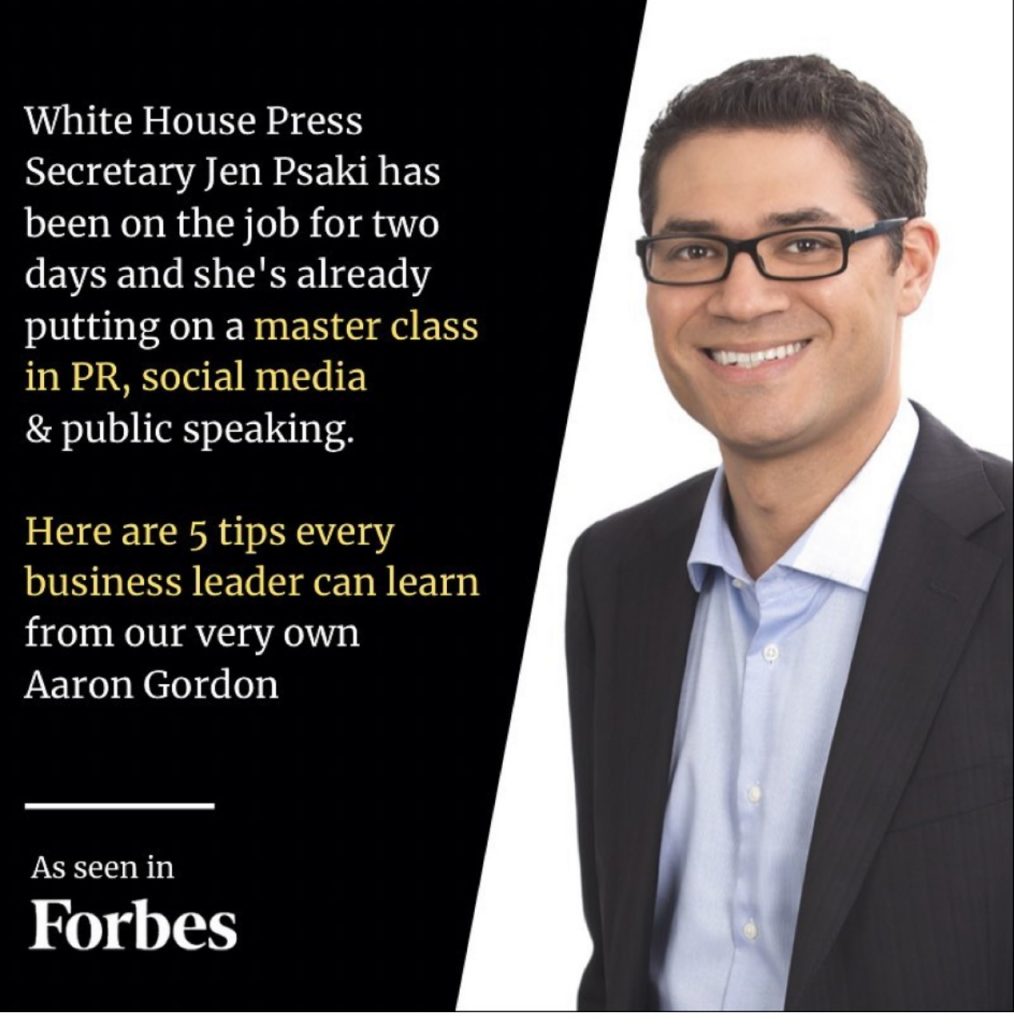 Aaron Gordon, a partner at Schwartz Media Strategies, gives Psaki high marks for how she has handled herself behind the lectern. He said business leaders—as well as public relations professionals— can learn the following five lessons from Psaki as she represents President Biden to the world in the days ahead.

Focus On Substance, Not Style

Psaki begins her press briefings by reading prepared remarks. Her delivery is smooth and confident, signaling that she knows the material inside and out. But she never strays from her notes. Conventional wisdom holds that memorization is the gold standard when it comes to public speaking, but there’s no room for error when matters of national security, public health, and economic stability are on the line. The first rule of engaging with the media is ‘do no harm,’ and it’s clear that Psaki is unafraid to put substance before style.

Sometimes The Most Powerful Words In PR Are “I Don’t Know.”

During her first briefing with the White House press corps, Psaki was asked about the fate of FBI Director Christopher Wray. Rather than winging it with a half-baked answer, she simply stated that she hadn’t consulted with the President. On the surface, that answer may have sent a message that she wasn’t ready for the question. But the subtext was clear: Psaki speaks on behalf of President Biden, and she’s not afraid to say “I don’t know” when it means buying time to gather facts.

Psaki’s inability to answer the question about FBI Director Wray on Wednesday set off a flurry of unintentional speculation that his dismissal was imminent, so Psaki put out the fire by issuing a declarative message of support for Wray on Twitter [the next day] Her post reaffirmed the President’s support for Wray and acknowledged the misstep in a humble, self-effacing manner.

During her first day on the job, Psaki issued an open call for public comments and questions on Twitter. The gesture established Psaki as an accessible White House spokesperson and sent a clear message that the Biden Presidency will prioritize transparency. While her primary role will be communicating on behalf of the White House directly to journalists, Psaki is embracing social media as a valuable tool for connecting with the American public.

“There will be moments where we disagree, but we have a common goal of sharing accurate information with the American people,” Psaki said at the end of her first briefing. She then pledged to come back and face the press corps the following day (“Let’s do this again tomorrow”).

Gordon noted that, “After four years of White House attacks on the media, Psaki’s commitment to working with the press marks a sharp break from the past and indicates that the Biden administration will rely on the media as a vehicle for communicating with the country.”