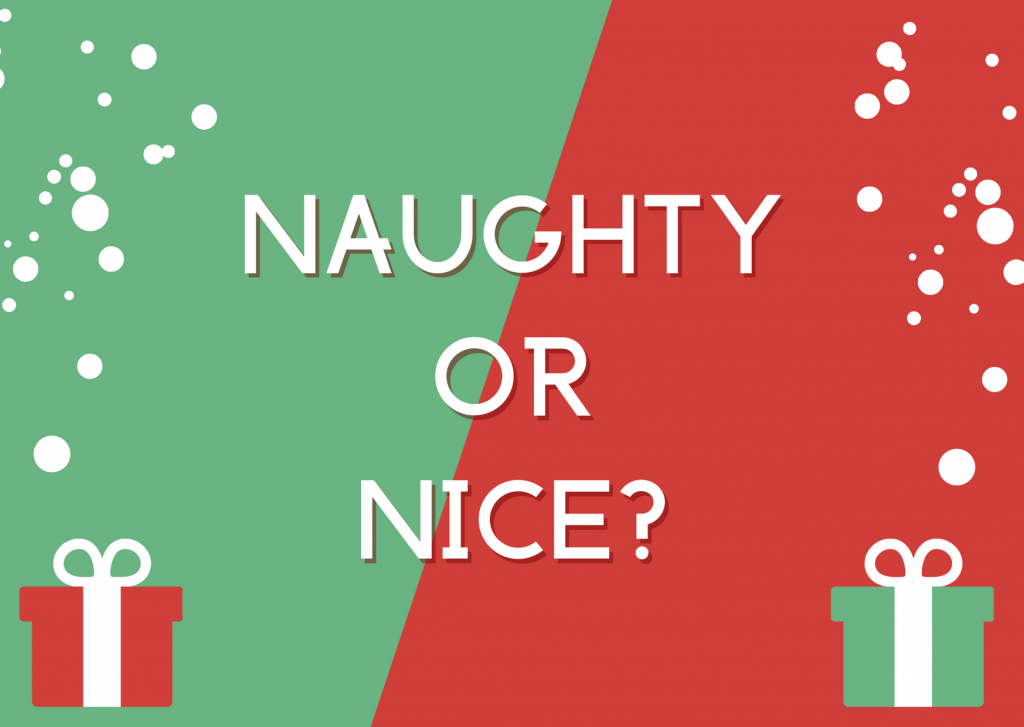 2020 has been a year for the history books, and there has been no shortage of newsworthy stories to keep us on edge.

From the nonprofits keeping our communities safe, to the scientists who created a Covid-19 vaccine in record time, there were also plenty of PR successes in 2020.

And of course, some brands missed the mark entirely. We gathered our Soundbytes A-Team to contemplate the past year’s PR hits and misses.

Without further ado, here is our Naughty and Nice list for 2020.

The Race to a Vaccine

The world just witnessed an unparalleled race to develop a Covid-19 vaccine in an 11-month span, the product of pharmaceutical companies, governments, and private manufacturers working together. While there was hope a vaccine would be developed in record time, many did not believe it would be feasible. The Covid-19 vaccine is now being administered to healthcare workers nationwide, reinstating hope in people and painting ‘big pharma’ in a new, positive light. It’s easy to make headlines for setting ambitious expectations, but it’s often difficult to meet them. This was a case of an industry setting a high bar for itself, and overperforming expectations.

Seemingly overnight, Covid-19 thrust the world into a remote-working experiment and forced companies to adapt. By March 2020, global lockdowns made working from home compulsory for a large swath of the population and before we knew it, Zoom was no longer just a virtual service – it became a verb used in everyday life. By April 30, 2020, Zoom was measuring 300 million meeting participants a day. That number is almost equivalent to the total population of the U.S.

From webinars to weddings, meetings to museum tours, and all that lies between, virtual conferencing apps like Zoom, WebEx and Microsoft Teams have provided us with a direct link to one another this year. Whether we choose to conduct business via a webcam or leave our microphones permanently on mute post-pandemic, many companies can attribute their viability in 2020 to these game changing platforms.

Often working on the front lines with the goal of sustaining life, ensuring families don’t go hungry, or delivering critical services to vulnerable populations, nonprofits are used to playing the part of unsung hero, and that role has grown more crucial during the pandemic. From hospitals and food banks, to social service providers and custodians of children, these groups are finding ways to achieve – even expand – their missions despite fierce headwinds. Fundraising has been a challenge amidst economic volatility, operating costs have increased as safety measures are put in place to protect employees and constituents, and many volunteers have been reluctant to get involved due to health concerns.

Thankfully, our communities are brimming with organizations that have found ways to maximize their impact through creative means. Lotus House, Miami’s only homeless shelter exclusively dedicated to serving women and children, continues to serve upwards of 500 guests each night. Florida Foster Care Review is overcoming logistical challenges to safeguard the interests of foster youths even as dependency courts operate virtually. Prior to reopening its doors to the public, the Institute of Contemporary Art, Miami undertook an ambitious effort to produce free digital content including online arts education and newly commissioned works by local artists. Stories of adaptation like these prompted Florida Trend magazine to recognize the State’s nonprofits as “Floridian of the Year” for 2020.

When pet shelters across the country were forced to shutter due to Covid-19, many animal welfare organizations refused to let the dog days of the pandemic divert their mission. Instead, animal shelters went virtual, understanding that people living in isolation stood to benefit from adopting a pet. From Zoom meet-and-greets and live-streamed facility tours, to social media campaigns and influencer endorsements, nonprofits nationwide witnessed a surge in demand for rescued companions. From January to June of 2020, animal shelter euthanasia was down 43% and community adoption rates for pets increased to 73%, up from 64% in 2019, according to Shelter Animals Count, a nonprofit that helps share data on shelter animals.

Throughout the pandemic, consumer delivery services have experienced an exponential increase in demand. Orders of everything from takeout to toilet paper are up by as much as 110% year-over-year. When it comes to restaurant delivery, orders placed via third-party apps like Postmates and UberEats accounted for just 9% of the dining market pre-pandemic. That number has climbed to 13% in 2020 and is expected to rise to 21% by 2025. Although these food delivery services could be deemed “naughty” considering claims that their fulfillment fees hurt restaurants, these apps are actually one of the only things keeping many of our favorite local restaurants up and running.

For its part, UberEats has waived delivery fees for orders placed with independent restaurants. Additionally, grocery delivery services like Instacart have been a literal lifesaver for elderly and immune compromised individuals who must stick to the strictest self-isolation rules. To top it all off, the increase in online orders and deliveries has necessitated new hires across the board, offering a lifeline to many who lost their jobs as a result of the pandemic.

With the pandemic rendering many people homebound and glued to their devices, some brands saw an opportunity to gain pop culture relevance. Kraft tried its hand at this by launching a #SendNoods campaign on October 6th (which just so happens to be National Noodle Day – who knew?). This promotion allowed fans of the brand to send a box of mac and cheese to a loved one. While the campaign was meant to be a lighthearted play on words, Kraft received negative feedback from consumers alleging that the brand had “sexualized” a family-friendly product. Kraft responded to this feedback on Instagram and attempted to explain why they started the campaign, but the damage had already been done and the company ultimately removed the campaign content from its channels.

Social media giant Facebook had a helluva year (even by 2020 standards). The past 12 months saw countless household brands boycott the company’s advertising platform due to concerns about the spread of hate speech and misinformation, a new wave of finger-pointing stemming from shady political advertising, and allegations that the company is engaged in unfair, anticompetitive practices.

In July, civil rights groups began urging companies to stop advertising on Facebook with the launch of the #StopHateForProfit boycott, which expanded to include more than 1,000 brands. According to an analysis by Socialbakers, U.S. ad spending on Facebook decreased by 31.6% during the first week of the boycott. Companies like Unilever and Ben & Jerrys continued to pause ads on the platform past July 30, the official boycott end date.

The company’s last-ditch attempt at pacifying critics by suspending political advertising during the 2020 election was perceived as ‘too little, too late.’ To cap off the year, Facebook has been sued by the Federal Trade Commission and multiple states for allegedly abusing its dominance in the digital marketplace and engaging in anti-competitive behavior.

Editor’s note: A loyal reader reminded us that Facebook generously donated $1 million to The Miami Foundation with the goal of tackling racial injustice. That support is much appreciated and should be the first of many more gifts if Facebook is serious about repairing its reputation.

When Congress approved nearly $700 billion for the Paycheck Protection Program (PPP) in the spring of 2020, the hope was that easy-to-access liquidity in the form of government-backed forgivable loans would infuse small and mid-sized businesses with much-needed confidence (and capital) amidst economic uncertainty spurred by the pandemic.

While there were certainly instances of banks assisting their clients through times of need (community banks like Miami-based Apollo Bank were especially prolific when it came to originating loans), many large retail banks were caught flat-footed – accounting for a disproportionately small share of loans made through the PPP program. Case in point: banks with under $10 billion in assets completed 44% of all loans, while those with more than $50 billion in assets disbursed only 37%, according to information released by SBA.

Fast-forward to the fall, and big banks were once again under fire for being slow to lend through the Federal Reserve’s Main Street Lending Program. Two months after the MSLP launch, fewer than 100 banks nationwide had tapped into the program. Of the $2 billion in loans funded through the initiative’s first 60 days, about a quarter of that sum was loaned through City National Bank of Florida, as reported by the Wall St. Journal, underscoring the critical role that community banks are playing in the economic recovery – and highlighting why their big bank counterparts are facing criticism.

A Turbulent Year for Airlines

With the pandemic stifling travel, many airlines and airports around the U.S. failed to keep passenger health and safety top of mind in their efforts to continue business as usual. American Airlines was the first airline to relax social distancing practices while in flight, prompting criticism from the Centers for Disease Control and Prevention. As a result, middle seats were consistently filled on flights, raising concerns that flights could become super-spreader events.

In December, the news broke that a United Airlines passenger who died mid-flight of respiratory failure was infected with Covid-19. The victim’s spouse reported that he was exhibiting symptoms, raising questions about airline screening practices.

Considering the challenges facing the travel industry, airlines would be wise to make an about-face by reinstating social distancing protocols – even if it means foregoing some short-term financial gains in exchange for reputational wins.

Colleges have been in crisis mode ever since hastily sending students home during in March. Most schools were ill prepared for online learning in the spring, and little has improved for the fall. Some students who opted to return to campus found themselves quarantined in dorms with nothing to do but post their unappealing packaged meals on TikTok. Other schools took the opposite approach by allowing college life to continue almost unrestricted, only to experience a surge of Covid-19 cases.

Videos emerged of mask-less college students crammed together partying in basements, as if the pandemic did not exist. College towns across the country were left reeling, their hospitals unable to manage an influx of patients. This chaos is driving a spike in voluntary leaves of absence, as well as drops in enrollment rates and donor participation. Some schools have even buckled under the pressure by reducing tuition rates to win back students heading into next fall.