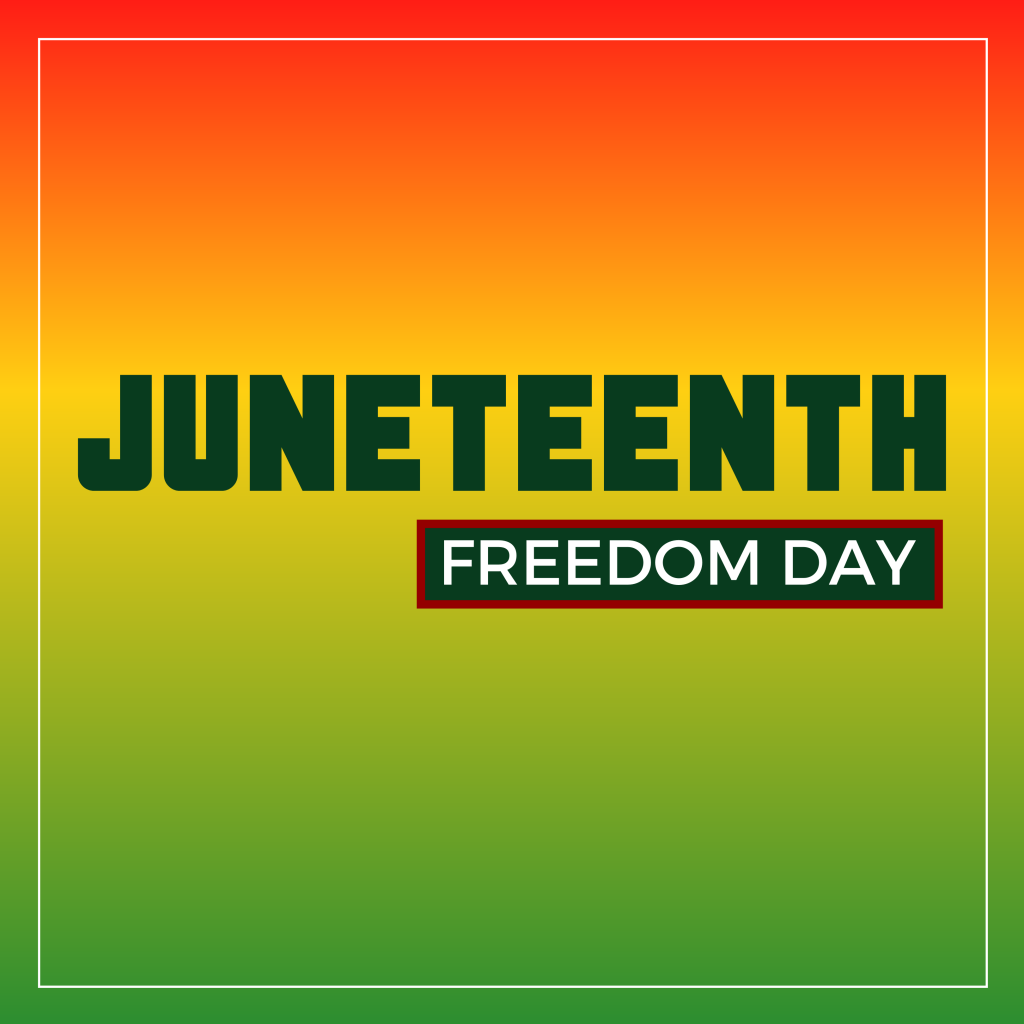 What exactly is Juneteenth? June 19, 1865, referred to as “Juneteenth”, is the oldest holiday commemorating the end of slavery in America. Although the United States gained its independence from Great Britain on July 4, 1776, commonly referred to as Independence Day, Black people were still in bondage and were not freed from slavery for another 87 years.

Abraham Lincoln signed the Emancipation Proclamation in 1862. Even though the Proclamation went into effect on January 1, 1863, the last Black slaves were not freed until two years later, when Union General Gordon Granger went to Galveston, Texas and informed those still enslaved that they were free. Learn more about the history of Juneteenth.

In light of today’s social climate many organizations and businesses have begun observing Juneteenth as a way to educate their members and employees while also celebrating Black culture. We’ve rounded up a list of resources and black-owned businesses you can support in honor of Juneteenth.

Tools for Learning About Racial Equity, Implicit Bias, and more:

Guides on How to Be An Ally:

Books to Read on Race Issues:

Organizations to Consider Donating To: