By Jeff Zbar
When LeBron James said he’ll “take my talents to South Beach,” he ignited a resurgent push behind more than just the popular beachfront destination. The Miami Heat acquisition’s statement on national television last week set greater Miami marketers abuzz. As William Talbert, president of the Greater Miami Convention & Visitors Bureau, toldUSA Today, “I could not have written that phrase better as a destination marker.” James’ decision could be worth millions to the market, he said.
With that phrase in their pocket – and in search engine results globally – marketers across South Florida are ramping up their efforts to mark individual regions as unique from “South Beach.” Beyond the party town, playground persona, the marketers hope to capitalize on the national – and international – attention.
“LeBron’s arrival has effectively changed the conversation in the press from real estate bust and foreclosures to Miami glitz and glam,” said Tadd Schwartz, principal with Schwartz Media Strategies. The Coconut Grove firm handles PR for the Miami Downtown Development Authority, the Adrienne Arsht Center for the Performing Arts, the Miami Art Museum and office tower 1450 Brickell. James’ arrival comes as the national media – including Bloomberg Businessweek, The New York Times and NBC’s “Today” – have profiled downtown’s transformation, resurgent condo activity and robust nightlife amid the urban core, Schwartz said. “LeBron affirmed that when he chose Miami.”
Downtown marketers are preparing for the foot traffic and visitors Heat games will bring, said Robert Geitner, senior manager for marketing and communications with the DDA. In the days following James’ announcement, DDA marketing partners met to discuss strategy. The DDA already has been pitching its “I Do It DWNTWN” cooperative marketing effort with area retailers, restaurants and bars. This fall, that campaign will ramp up, Geitner said.
While media plans still are in the works, he anticipates the effort will include merchandising, entertainment and other events. Bars are expected to host watch parties for local residents and partygoers who can’t get game tickets, he said. The DDA also is in partnership with the CVB, American Airlines and the Beacon Council on its “Miami: Where Worlds Meet” international marketing campaign.
How that program may be adapted is still being discussed, he said. Public and media relations campaigns are also being reviewed. But, his task is clear: to help media and consumers understand that downtown and the Heat’s home – the American Airlines Arena – are a vital part of Miami. “In next two to three weeks, nuances and messages will start to emerge. We will have to find what’s resonating with the media,” Geitner said. “People are discovering there’s more to Miami than great beaches and hot spots on Ocean Drive.”
The CVB is already running a multimillion-dollar campaign promoting greater Miami as a destination to live, work and play, said Rolando Aedo, the CVB’s senior VP of marketing. James, Dwyane Wade and Chris Bosh represent such prospects. Today, the CVB was expected to debut national print and online ads promoting the region.
To read more of this story, click here. 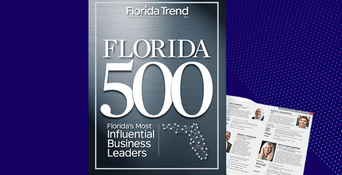 The COVID-19 pandemic has fundamentally changed the way businesses work. And, while the methods of adaptation differ across sectors, one fact has proven nearly universal: costs once thought to be ‘fixed’ have…